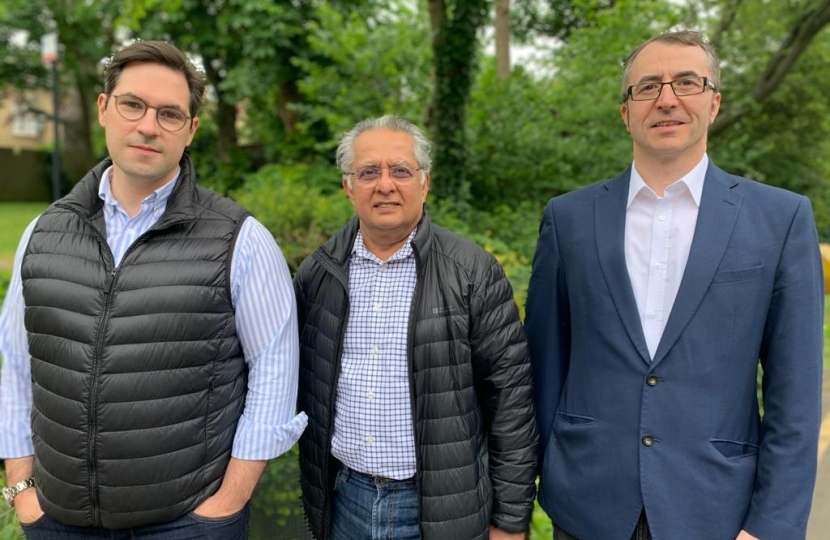 Wandsworth has the lowest average Council tax in the UK, but top-rated public services. We are committed to keeping it that way.

During 44 years of running Wandsworth Council, your Conservative Councillors have worked to deliver quality services, while being careful with your money. We never forget that Council Tax is not our money. It’s your money, and we must spend it carefully to benefit residents.

We have found careful ways to cut costs while maintaining services, and - unlike some Labour Councils - we have not over-borrowed or made risky investments of the sort that led Labour-run Croydon to go totally bankrupt.

Your Conservative-run Council has also played a big part in making Putney the great place it is to live in today - by investing over the years in our parks, street trees and green spaces, supporting local businesses, setting high standards for our schools, and keeping the weekly bin collections that other councils have cancelled.

Ravi is the Leader of Wandsworth Council, as well as a busy ward Councillor in East Putney.  He was first elected in 1982 and has been Leader since 2011.  Ravi has held many Council cabinet portfolios and chairmanships, specialising in regeneration, housing and planning.  He co-chairs the Nine Elms Vauxhall Partnership and played a key role in securing the Northern Line tube extension to Nine Elms, which unlocks central London’s biggest economic development and homebuilding programme.  Ravi has helped to advise the Government on estate regeneration, and Wandsworth’s estate regeneration exceeds that of any Labour-run London borough.  Under Ravi’s leadership, Conservative-run Wandsworth has delivered record levels of new housing, and has pioneered many innovative home-ownership schemes to help working households onto the property ladder.

George was first elected in 2014 and is highly active in East Putney, campaigning on local issues and handling residents’ casework on top of his day-job as a solicitor-advocate.  He worked with residents to get a zebra crossing in Gwendolen Avenue, has helped community groups to police the 20mph zone, and has campaigned for Network Rail to match the funding Wandsworth Council has offered that could help to pay for a second entrance to Putney Station in Oxford Road.  George has served on the Council’s key finance committee, helping to ensure that our Council Tax stays low, while the Council also improves schools, social services and housing. George is now chairman of two key Council education and children’s services committees, helping to maintain Wandsworth’s superb record for outstanding schools.

We are here to help.

George Crivelli is Deputy Chair of Education, and committed to maintaining our superb schools record.

Michael Stephens grew up in East Putney, works for global health charities and is involved in movements to combat the threat of climate change.