Your July e-Newsletter from your East Putney Councillors 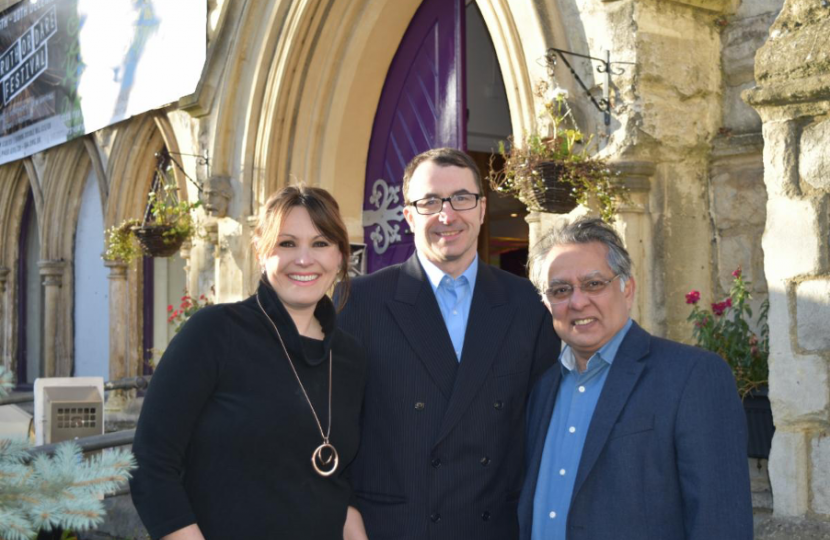 Welcome to your July e-Newsletter from your East Putney Councillors

Your Councillors are also on Facebook, which you can access here. Please feel free to forward this e-Newsletter to any East Putney residents who may be interested. To join our circulation list, please email heretohelp@wandsworthconservatives.co.uk.

The Council has released a ‘Smart Growth’ recovery plan to help our local community survive and thrive as lockdown restrictions start to be eased. The plan is wide reaching; from promoting new and innovative ways of working, building more homes, and ensuring our children have the best start in life, the Council is wasting no time in taking bold action. Council Leader and East Putney Councillor Ravi Govindia has released a video introducing the plan, which you can watch here. If you would also like to view the plans in full, you can do so here.

Councillor Govindia said “My heart goes out to everyone who has been touched by this awful virus. I am proud of the way this Council has already responded to help the most vulnerable across our borough as well as supporting businesses. We need to respond and adapt the way we work to ensure our communities get the support and services they deserve. Our Smart Growth plan is all about supporting those impacted the most by COVID-19 by being forward thinking, creative and ambitious, and putting in place measures that give real opportunities to all those who live and work in our borough.”

As a result of the lockdown closures, local businesses, particularly independent ones, face an uncertain future. It is key that we pull together as a community to support them as much as we can.  It is not only our businesses that we must help protect, but also our community organisations. Putney Arts Theatre had to reluctantly cancel their classes and productions, and this has seen a loss of funds that will cost them in excess of £30,000.  The theatre is running a 'Shine On' fundraiser to support them during these difficult times. They are 50% towards their goal of £20,000 but still need help. To have a look at the variety of donation options please visit here.

East Putney Councillor Sarah Binder said “All East Putney councillors have a clear message to residents; shop local, protect our high streets, save jobs. Our ward and the High Street area have many businesses, including smaller independent stores. Support them by shopping with them where you can. As well as this, Putney Arts Theatre is a key community hub for our ward and we cannot afford to lose it. I urge residents to contribute to their ‘Shine On’ fundraiser to ensure it's long-term survival.”

Following a petition from residents of Lytton Grove signalling a desire to see the traffic rate on the road decrease, a new experimental traffic scheme has just been initiated.  The scheme prohibits right hand turns at the junctions of Lytton Grove with both Putney Hill and West Hill. It is important to point out that this is a purely experimental scheme and will be reviewed at the end of a six-month period.

Additionally, following representations from residents of roads adjoining Lytton Grove, East Putney Councillors arranged for the consultation to be extended to these areas. The consultation is open until 27th July and can be found here.

Councillor Ravi Govindia said “Wandsworth Council has a strong history of considering a variety of viewpoints via our consultation processes and they prove to be absolutely pivotal in the making of important decisions like this. As a result, we need to have as wide and diverse a range of views as possible so that we can ensure the most satisfactory outcome. As such, I encourage anybody who views themselves as having a stake in this experimental scheme to have their say and complete our consultation.”

The Local Government Boundary Commission is reviewing Wandsworth's ward boundaries and originally proposed to reduce the number of East Putney Councillors to two. The original plans also intended to incorporate part of Wandsworth Town into East Putney and remove a currently existing section along Upper Richmond Road.  Thanks to many submissions from concerned residents, the Commission has now released an altered draft proposal. This proposes to keep our representation of three councillors and is far closer to the boundaries that most residents view as being ‘East Putney’.

To view the proposed boundaries and make a submission of your opinions visit here.

Councillor George Crivelli said “The East Putney councillors are, along with many residents who objected to the previous proposals, far more satisfied with the new proposal for our ward. This ensures that the ward continues to be based around what many consider to be its centre: East Putney Tube Station. It is also important that the ward continues to have strong representation with three councillors, as it has done for many years and as most wards within the borough do.”

East Putney Councillor Ravi Govindia has recently launched a campaign to erect a statue of John Archer in the borough. Archer became one of the first black mayors in the country in Wandsworth in 1913, when he was elected as mayor of Battersea. He spent much of his life fighting for worthwhile causes, including a minimum wage of 32 shillings a week for council workers. He was named on the ‘100 Great Black Britons’ list in 2004 and is commemorated with a blue plaque in the borough.

Councillor Ravi Govindia said “Now seems the right time to look for positive role models and to celebrate the achievements of John Archer, who remains an inspiration for so many people. I know many people in Battersea and Wandsworth are very proud of John Archer’s contribution to Battersea and London; he was a true pioneer and in time has become one of the earliest role models of black achievement in London. With racial equality and justice at the forefront of the news agenda I feel that this is the perfect way to celebrate black achievement and a man who paved the way for future generations of politicians from black and minority ethnic backgrounds. It is incredibly important that the proposal attracts widespread support from across the political spectrum and across our community.”

Residents will be pleased to know that in response to requests for improved pedestrian crossing facilities on Granville Road, the Council is planning to install a crossing point near the junction with Gressenhall Road. This will be a footway build-out, highlighted with coloured road surfacing and additional road markings. This pedestrian crossing point will complement the new zebra crossing which was recently installed outside St Michael’s Primary School on Granville Road. Works are scheduled to start the week commencing Monday 3rd August 2020.

Councillor George Crivelli said “Local residents have intimated to East Putney Councillors their concerns about the volume of traffic and road safety in this area. We aim to improve pedestrian access by creating a shorter distance of road width to cross and to improve visibility from oncoming traffic. Hopefully this will also help raise driver awareness and reduce vehicle approach speeds for pedestrians waiting to cross the road.”

The Covid-19 Pandemic is unlike anything anybody alive today has ever experienced before. Wandsworth proved to be one of the most proactive Councils in the country in protecting the livelihoods and safety of residents in East Putney and the wider borough. From providing over £43 million in business grants to housing the homeless to keeping residents updated with Councillor Govindia’s well received Q and A videos, the Council has worked tirelessly to protect and inform residents throughout this crisis. The infographic here breaks down all the steps the council have taken. For updated information and advice on the Council’s Covid-19 response, visit the below link:

here. The government furlough scheme also helped to protect over 11,700 jobs in Putney, a significant number of these being within East Putney. It is important that these jobs continue to be protected with residents giving their custom to as many local and independent businesses as possible.

Councillor Sarah Binder said “The Council has made a monumental effort to protect residents during a period in which no blueprint or textbook to deal with such a crisis existed. Credit must go to my fellow East Putney Councillors and particularly to Council Leader Ravi Govindia, for tirelessly directing this effort from the beginning of the crisis, and I’m sure he will continue to do so as we move forward. I can assure residents that the highest priority of the Councillors and this Council will be to protect lives and livelihoods as we move to the next stage.”

Thanks to the 9-point plan put in place by Councillor Will Sweet, Wandsworth schools have once again opened their doors. The comprehensive plan includes offering the use of council buildings, providing over 1,000 laptops and working with SEN transport providers. As well as our primary schools re-opening, our secondary schools re-opened for students in key year groups. The picture here shows some Year 12 English Literature students at Ark Putney Academy, which many of the students in our ward attend.

Councillor George Crivelli said “My fellow East Putney councillors and I join with the rest of our community in extending our immense thanks to the ward’s teaching staff. They have adapted remarkably well to teaching from home and then worked tirelessly to set up the school buildings to be compliant with social distancing. Their dedication to ensuring the continuity of exceptional education for the young people in our community is inspiring and one that deserves immense credit and thanks.”

You can sign up to receive future e-bulletins by e-mailing us at: heretohelp@wandsworthconservatives.com