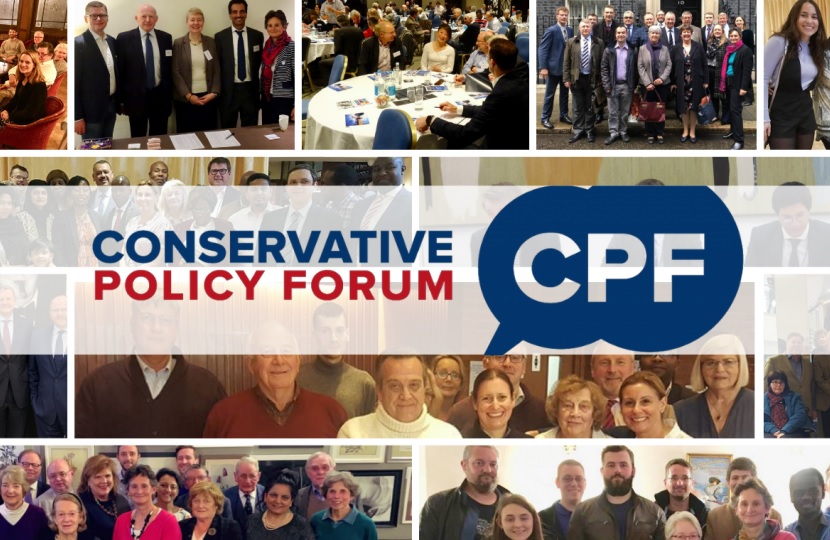 "The CPF plays a key role in ensuring that Party members‎ have the opportunity to help shape Government Policy. We need to make the most of all of the talent that exists within our Party, and harness our members' enthusiasm." (Prime Minister Theresa May)

The CPF is a national Party group that gives members the opportunity to discuss the major policy challenges facing Britain. With almost 250 active groups across the country, a fantastic voluntary team and strong professional support from CCHQ, the CPF has a vital role at the heart of the Conservative Party. With a direct line to the Prime Minister's Policy Unit and Government Ministers, a programme of regular national policy discussions, members' surveys, video conferences with leading members of the Party and roundtable discussions at 10 Downing Street, its members have a real say in the direction our Party is taking.

CPF Members have played an important role in recent years, providing a number of ideas that have gone on to become Party and Government policy, and the work of its members out on the ground made a real difference to the outcome of the 2015 and 2017 general elections. There is a genuine recognition at the top of the Party that the views of members need to be sought and heard.

As we implement our Conservative manifesto and formulate our vision for the years ahead, it is as important as ever that we demonstrate how only the Conservatives will make the difficult decisions needed to secure a better and brighter future for Britain.

At Conference this year, attended by over 110 local members, the hard work of Richie Stubbs, and the Wandsworth and Wimbledon Conservative Policy Forum was recognised at the highest level.

The WWCG CPF was awarded a Directors Award for the ‘Most Original Submission’.

Thanks go to Richie Stubbs and all members of our local CPF for their valued contribution. 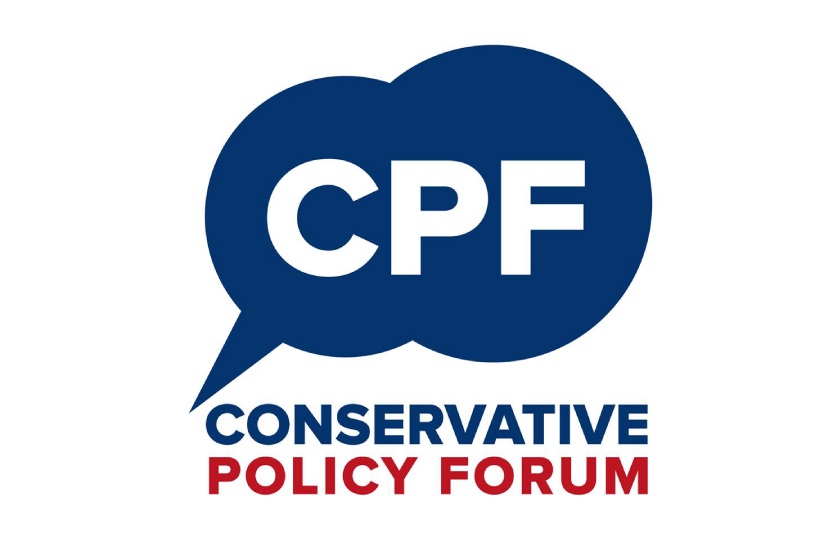 In 2020 the CPF have an exciting programme for the year.

The CPF continue to work closely with No 10’s Policy Unit and were pleased to see many of your suggestions in the manifesto; they are certainly listening to CPF members. One of their biggest innovations this year is the Party's new website and interactive area set up by their digital officer, Katrina Sale. This will not replace the usual CPF meetings, but we know that some people cannot get to meetings, so this is an opportunity to contribute in other ways. Please have a look at the new website www.conservativepolicyforum.co.uk and sign up for the online debates and Q and A sessions.

Thank you to those who registered as a member of the local WWCG CPF. Please do encourage fellow Conservative members to join the CPF Group. Simply click on the blue button below. We would also encourage our Conservative Party Members to complete our surveys even if you are unable to attend our monthly meetings.

The next WWCG Conservative Policy Forum will be taking place on Wednesday, 11th March. If you would like to attend, please email membership@wandsworthconservatives.com or register on this page by clicking below. Our full timetable can be seen on our main page.

Thank you to those who registered as a member of the WWCG Conservative Policy Forum (CPF).

If you would like to get involved, simply click on the link below and we look forward to seeing you.