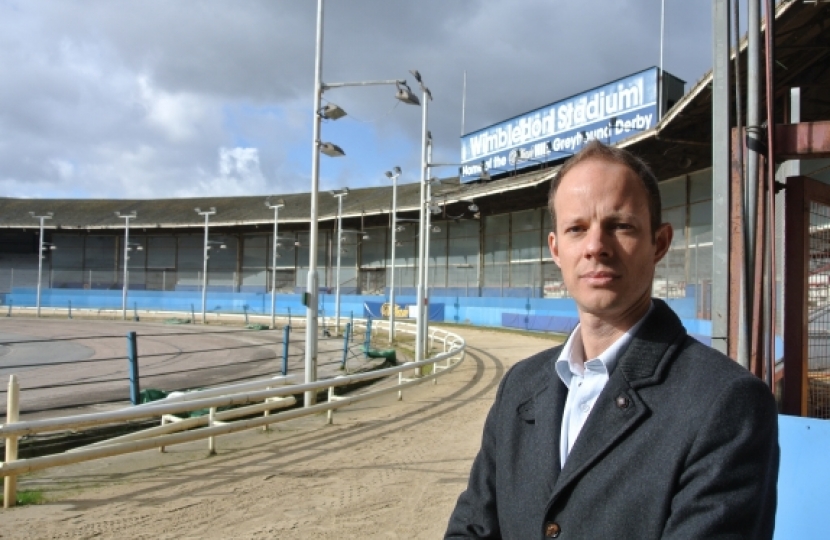 At the end of last year, AFC Wimbledon and developer Galliard Homes submitted their plans to Merton Council for an 11,000 seat stadium (growing to over 20,000) and over 600 residences in place of the Greyhound track on Plough Lane. Being right on the border of Wandsworth, this is a big issue for Earlsfield and Tooting residents.

In particular, local residents are concerned about:

Car parking and roads - Residential roads in Wandsworth will experience the most parking inconvenience on match days.

Public transport - Tooting Broadway and Earlsfield are already overcrowded and are the most likely destination for football fans travelling by public transport, with a consequential strain on bus services on Garratt Lane too.

School places - The schools in his part of Wandsworth were very oversubscribed last Autumn. Given their popularity we can expect a significant number of the new residents who have primary age children will apply, further disadvantaging local Wandsworth families hoping to use one of our great nearby schools.

While it is important that this site is regenerated, residents’ concerns are not adequately addressed in the current application. Therefore, local Conservatives have asked Merton Council to insist that the plans be revised and better infrastructure facilities be made available. There is also growing concern that Tooting’s Labour councillors and MP are not representing local concerns on this topic, preferring instead to let their colleagues in Labour-controlled Merton push the development through quickly and without improvements.

Due to these factors, both Dan Watkins and Cllr Ravi Govindia have written to Boris Johnson, the Mayor of London, to ask him to use his powers to determine the application. Only the Mayor can adjudicate this application in a fair way that fully takes into account concerns across both Boroughs. Conservative Wandsworth Council has also formally objected to the plans, but Labour councillors failed to stand up for residents and support the objection.