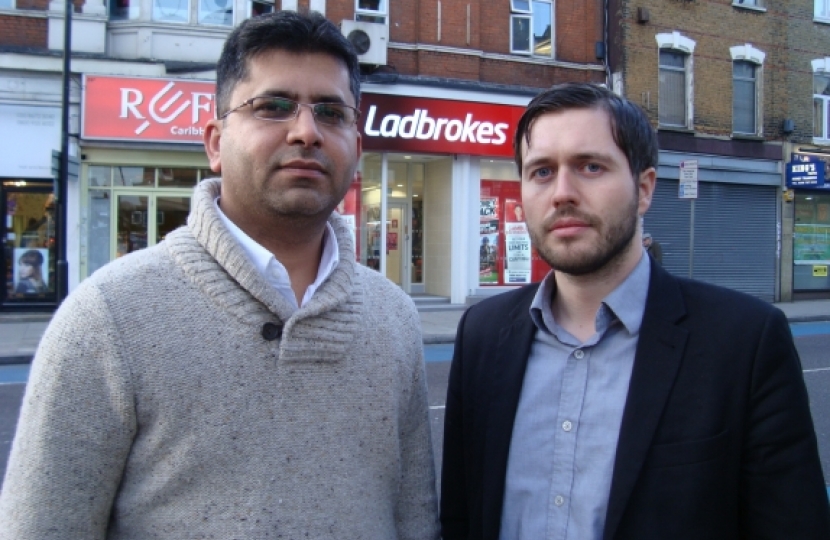 Wandsworth Conservatives have welcomed the government's plans to give local councils more powers to curb the clustering of bookmakers on Britain's high streets.

Ravi Govindia, leader of Wandsworth Council, says: "Wandsworth Conservatives have campaigned for local councils to have more power to curb the clustering of betting shops on our high streets and we're delighted the government has responded positively. We've no objection to anyone having a flutter, but an over dominance of betting shops in one town centre crowds out other types of retailers we want to attract to keep our high streets thriving and diverse."

One of the consequences of laws introduced by the last Labour Government on fixed odds betting machines has been a rise in the number of closely located betting shops. Local councils have had very few powers to refuse applications by betting firms and many have simply been granted after legal appeals. Wandsworth Conservatives have already acted in this area, proposing to use so-called 'Article Four' directions under planning law to curb the proliferation of betting shops in concentrated areas, but the government's proposals will give the council more powers in this area.

Under the current law, planning applications are not always needed for new betting shops to open. They can move into buildings left empty by a business considered to be in the same planning category, such as estate agents, banks and building societies. The proposed changes will require bookmakers apply for a planning permission and that will give residents a voice in shaping the nature of their high street.