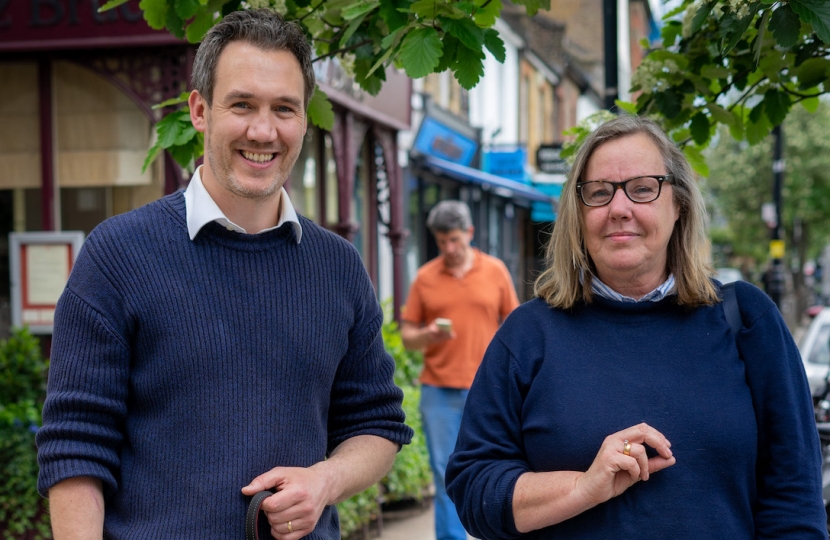 Crawford Anderson is a local through and through.  He grew up and went to school in Wandsworth and now has taken over his family plumbing business which operates from just over the river. Crawford has settled in Earlsfield with his wife, baby daughter and dog.

Crawford has been actively involved in Action for Children for 10 years where he encourages young people from disadvantaged backgrounds to learn life skills from positive role models in the community. He also organised and promoted a successful fundraising event for Emanuel School for its bursary fund which enables children from low- income families to have the opportunity to be educated at Emanuel. Crawford is a keen supporter of Habitat for Humanity and he raised £16K for a water project for schools, bringing drinking water to the people of Tajikistan. Crawford can be seen jogging around Wandsworth Common with his fun running club Trinity Trotters, which he set up post-Covid to get all levels of runners out on the Common.

Kirsten Botting has lived in Wandsworth for over thirty years. She started renting in Wandsworth in her 20’s when she commenced her first job in the City. Realising that it was a great place to live, she made Tooting Bec her home, where she and her husband have lived for the past 29 years with their now teenage son.  Having experienced Wandsworth as a renter, homeowner, singleton, parent, she can understand the issues faced by many residents.

Kirsten is actively engaged in the local community; she is the chair of her ward SNT/NHW panel and is secretary of the Tooting Commons Management Advisory Committee. At the start of the pandemic in March 2020, Kirsten started organising foodbank collections in her local area and has been doing this regularly since.  She is a keen supporter of Beautify Balham, is a Friend of Tooting and Wandsworth Commons, a tree warden and a member of St George’s Trust.  She has been actively involved in a number of charities over the years, fundraising for Small Steps, event organising and fundraising for Labrador Rescue and fundraising for her son’s schools, and the charities they support.