Tooting LTN’s To Be Reviewed Following Feedback From Residents 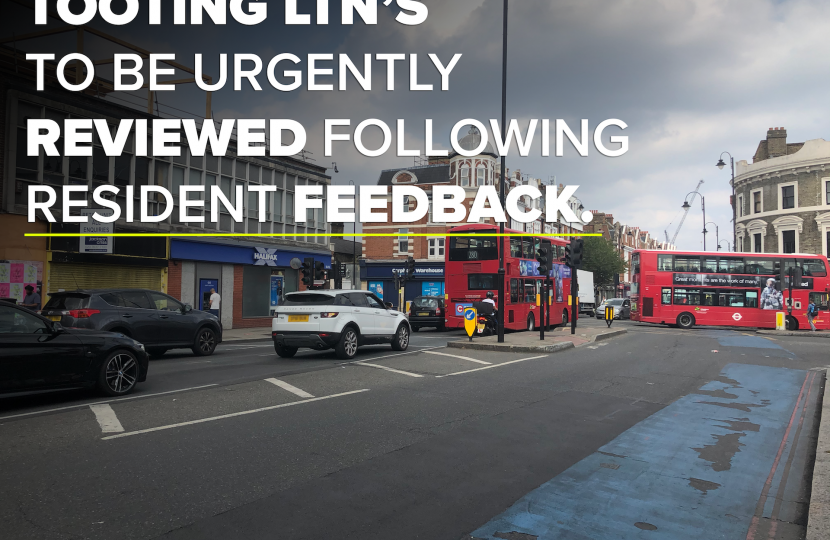 Following feedback from residents we have decided to urgently review the Low Traffic Neighbourhoods (LTN’s) in Tooting that were imposed upon the Council by TfL.

Listening to residents, it is clear that the LTN’s in their current form are unsustainable. And have been heavily impacted by Sadiq Khan’s disruptive A24 changes.

The Mayor’s A24 changes are causing traffic chaos across Tooting - causing excessive amounts of pollution.

But when it comes to LTN’s the Council has always been clear.

Traffic calming measures have to work for residents. And if they don’t the Council stands ready to change them.

Chancellor of the Exchequer, Rishi Sunak on the Winter Economy Plan