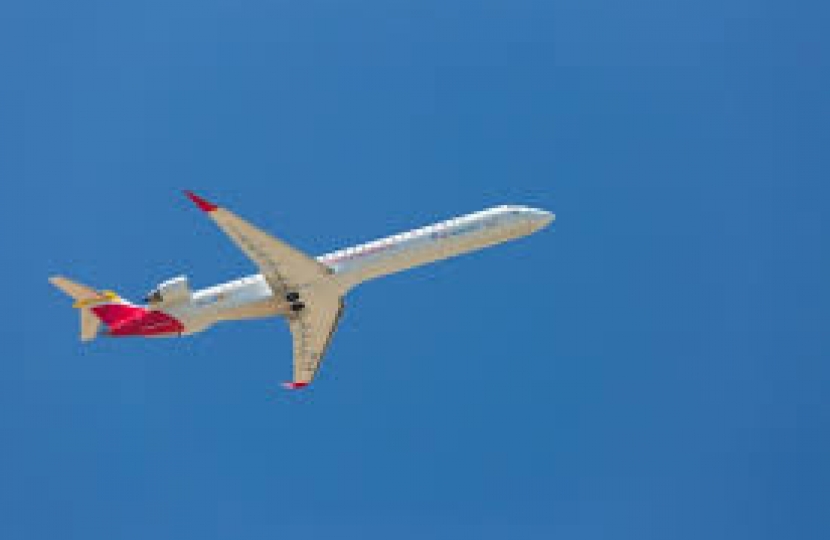 Noise from an expanded Heathrow will inflict more misery in all parts of the borough with many areas set to experience significant annoyance from aircraft for the first time.  This will be most acute for communities in West Hill, Wimbledon Parkside, Southfields, Earlsfield and Tooting.

Currently communities in the north of the borough in Putney, Wandsworth and Battersea bear the brunt of the aircraft noise.

Now Heathrow’s plans for an additional 25,000 flights a year means new ‘design envelopes’ to accommodate expansion could go - all this before the 3rd runway gets going.

The consultation document is available online at www.heathrowconsultation.com. The material includes a post-code checker which enables residents to see whether their home is likely to experience noise from arrivals or departures from an expanded airport.

Council leader Ravi Govindia is asking everyone concerned by noise and additional pollution from extra flights to respond to the current consultation.  He has said:

“The council repeatedly called for information on noise impacts to be made available before Parliament voted on whether to give policy support for a third runway. This additional 25,000 flights per year is just the start.  A third runway will mean an extra 260,000 flights a year yet the people most likely to be affected were kept in the dark while the decision was going through Parliament. Now people on all sides of the airport will be able to see what could be in store for them from the proposed new airspace principles".

"I’ve done my own post code check for my own borough and it looks like there will be no escape for residents from aircraft noise - wherever they live. I would urge any resident who is concerned about the impact from an expanded Heathrow to check their own postcode and then let Heathrow know just how unacceptable it is that they should face the risk of additional noise. The extra 25,000 flights that Heathrow are trying to squeeze in now will be a taste of things to come - more early morning arrivals and more people affected. The council will oppose this quick fix and continue to challenge the false prospectus on which the third runway is based.”

If the extra 25,000 flights were added to Heathrow’s current annual limit of 480,000 movements, the airport would breach this limit.

Most of the additional movements are expected to occur before 6am and 7am with up to 25 extra arrivals in this period.

With a third runway the number of movements would go up to 740,000 per annum - over 2000 movement each day every day.

Jonathan has lived in and loved Wandsworth since he was born. Now an NHS doctor in South London he is committed to serving his local community by means of his day job and as your councillor.