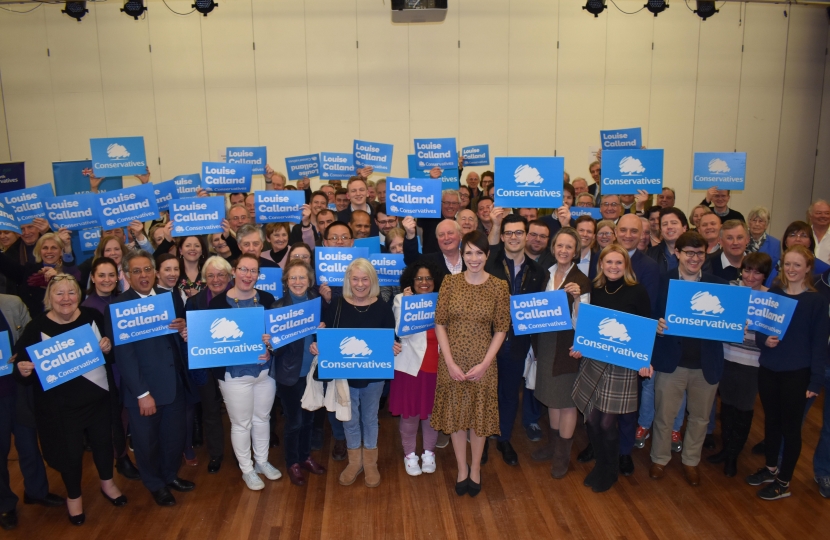 We are delighted to announce, that following a packed selection meeting at Burntwood School in Tooting this evening, Merton & Wandsworth Conservatives voted overwhelmingly for Cllr Louise Calland to spearhead our drive to win back the GLA seat from Labour.

“I am absolutely delighted and extremely honoured to have been chosen by local party members to stand for the Merton and Wandsworth Greater London Assembly seat. Merton and Wandsworth needs an effective and passionate GLA Member who will stand up and fight for the issues that really matter to us here and who keeps our streets safe as well as clean. As a London Cllr of many years, I look forward to working with Shaun Bailey, our Conservative London Mayoral Candidate, to deliver lasting positive change for Londoners."

Louise is an experienced Conservative campaigner with a fighting spirit who will work tirelessly to win back our GLA seat. Having been a councillor for six years, in both Lambeth and Wandsworth she knows and understands London.

“Local members heard from three great candidates this evening, but I am pleased to announce that Cllr Louise Calland won overall, securing the support of the majority of those present. As the local Conservative Party we are now full square behind her and our campaign to win back the seat we lost to Labour in 2016 starts now”.

Many people will know Louise for her work on Wandsworth Council and over the next 14 months she will be out campaigning across the two boroughs.

If you would like to join the campaign and support Cllr Louise Calland as our new GLA candidate please email heretohelp@wandsworthconservatives.com

"Out of touch": 10 things everyone should know about Labour after their Conference