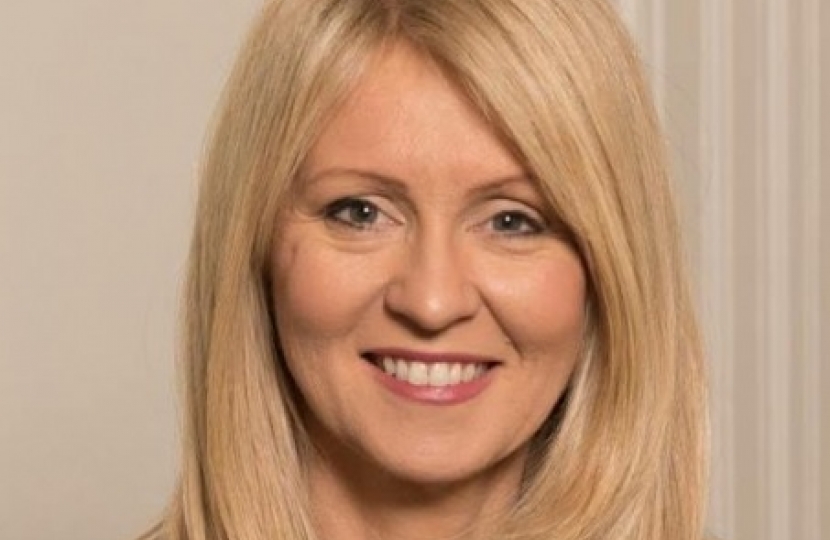 invite you to their Supper Party

Details of venue will be announced upon purchase of tickets

Originally from Liverpool, Esther trained as a lawyer before working as a producer and broadcaster for the BBC, after which she established her own business and was nominated for Woman of the Year both in Cheshire and Merseyside.

In 2010 she became the first and only Conservative MP on Merseyside since 1997, and from 2012 to 2015 she joined the Government, becoming Minister for Employment and was made a Privy Counsellor. In 2017 she was elected as the MP for Tatton, before being promoted to the Deputy Chief whip role in October that year. In January 2018 she became the Secretary of State for the Department for Work and Pensions before resigning in November 2018 when she was unable to support the draft Withdrawal Agreement of the UK from the European Union.

Following the election of Boris Johnson as the new Leader of the Conservative Party, in July 2019 Esther rejoined the Government as the Minister of Housing within the Ministry of Housing, Local Government and Communities. The role attends Cabinet.

A champion of social mobility, through her charity, ‘If Chloe Can’ Esther provides career support, inspiration and ambition for school pupils. She has written several careers books for girls and boys which have been turned into plays by the National Youth Theatre and have been performed around the country as well as in London’s West End.